One of the most renowned, yet mysterious caves in the world. It’s located on the north-western side of the island’s coastline. But don’t expect anything visible. Its mouth is so small you couldn’t possible see it from the outside, especially during high tides – when the only way to enter the cave is swimming.

So, let’s assume that it is a bright, shiny day, sea is calm and tide is low. You board a tiny rowboat and lie down (you cannot enter the cave staying seated, least of all standing). The boatman grabs a chain hooked into the rock and pulls. In less than one second you find yourself into the dark. 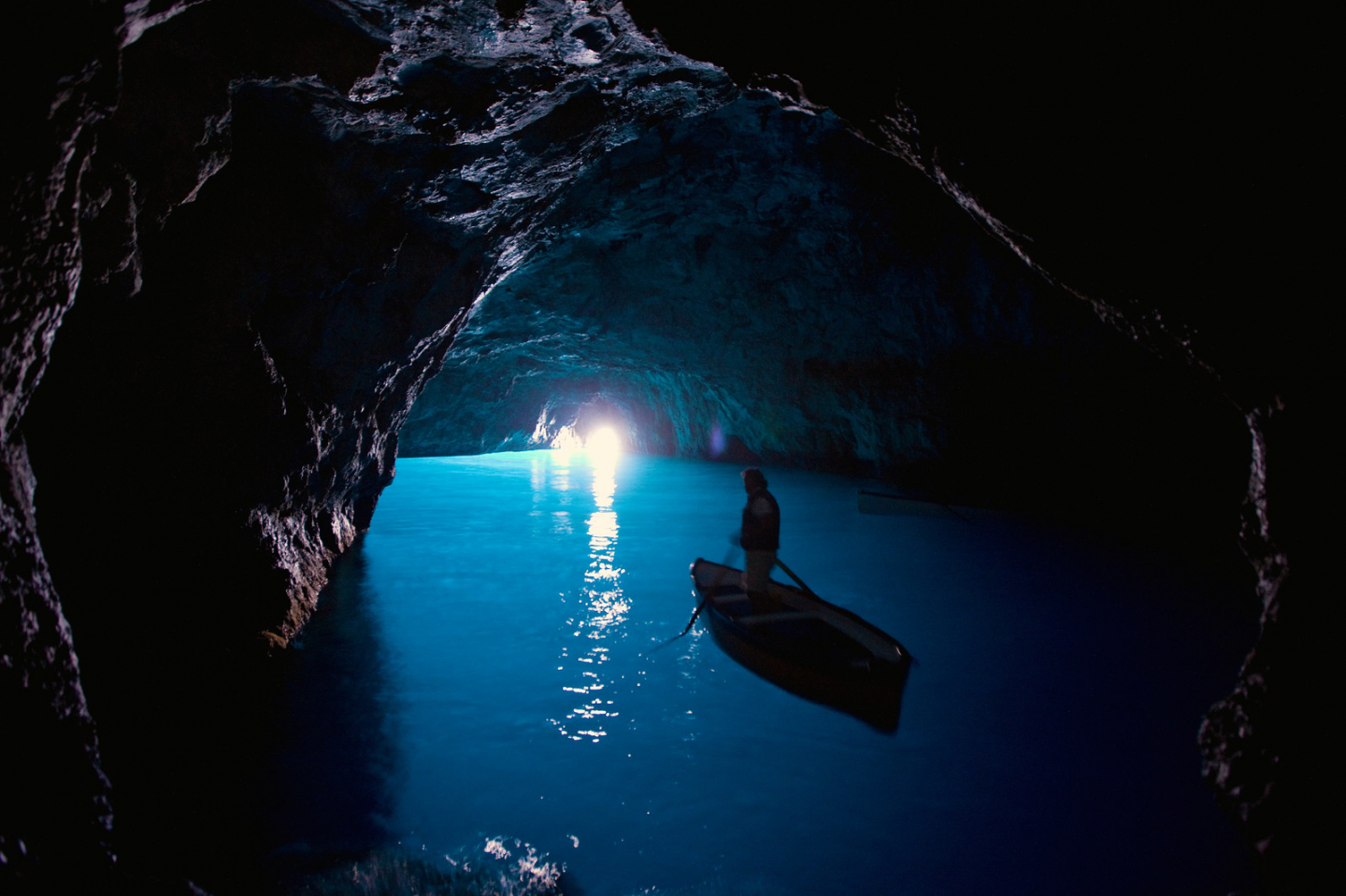 Your eyes cannot see anything. It takes a couples of seconds for them to get used to the dark. Suddenly, a blurred outline of the cave starts emerging. Hardly distinguishable, though. The stark contrast between the cave and its mouth’s dimensions being bewildering.

Due to very particular lighting conditions, water is crystal blue/emerald-colored. As soon as you dive in, your skin turns blue. Light, in fact, comes from two sources. One is the tiny mouth at the waterline. The other is a hole ten times larger than the first – a one to two meters rocky bar separating the two. 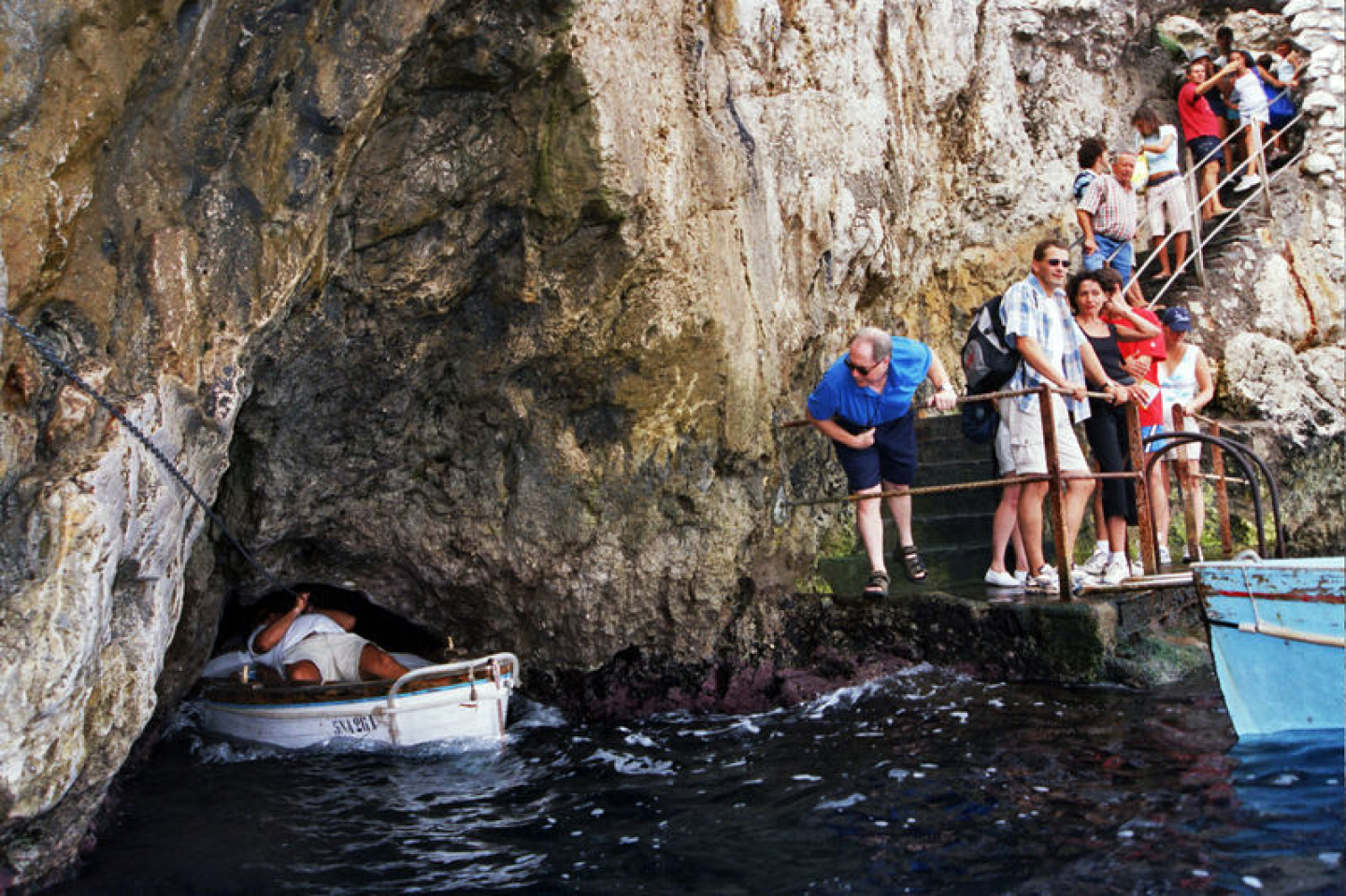 Blue grotto is thought to be Emperor Tiberius’ personal swimming hole and temple. Geometry of the cave is also quite complex and mysterious.

Three connecting passageways at the back of the main hall lead to the ‘Room of Names’, named after the graffiti visitors left over the centuries. Two more passageways lead deeper into the internal cliffs of the island, and are said to be leading straight to the Emperor’s villa. Which one is that remains unknown.

It can be either the most renowned villa on the top of the mount on the opposite side of the island – Villa Jovis; or the villa located on the road leading to the cave in Anacapri – Villa Damecuta; or another villa on the northern side of the island, in the area known as ‘Palazzo a Mare’ – quite nothing remaining of it. Or it can be the three of them. No one really knows. 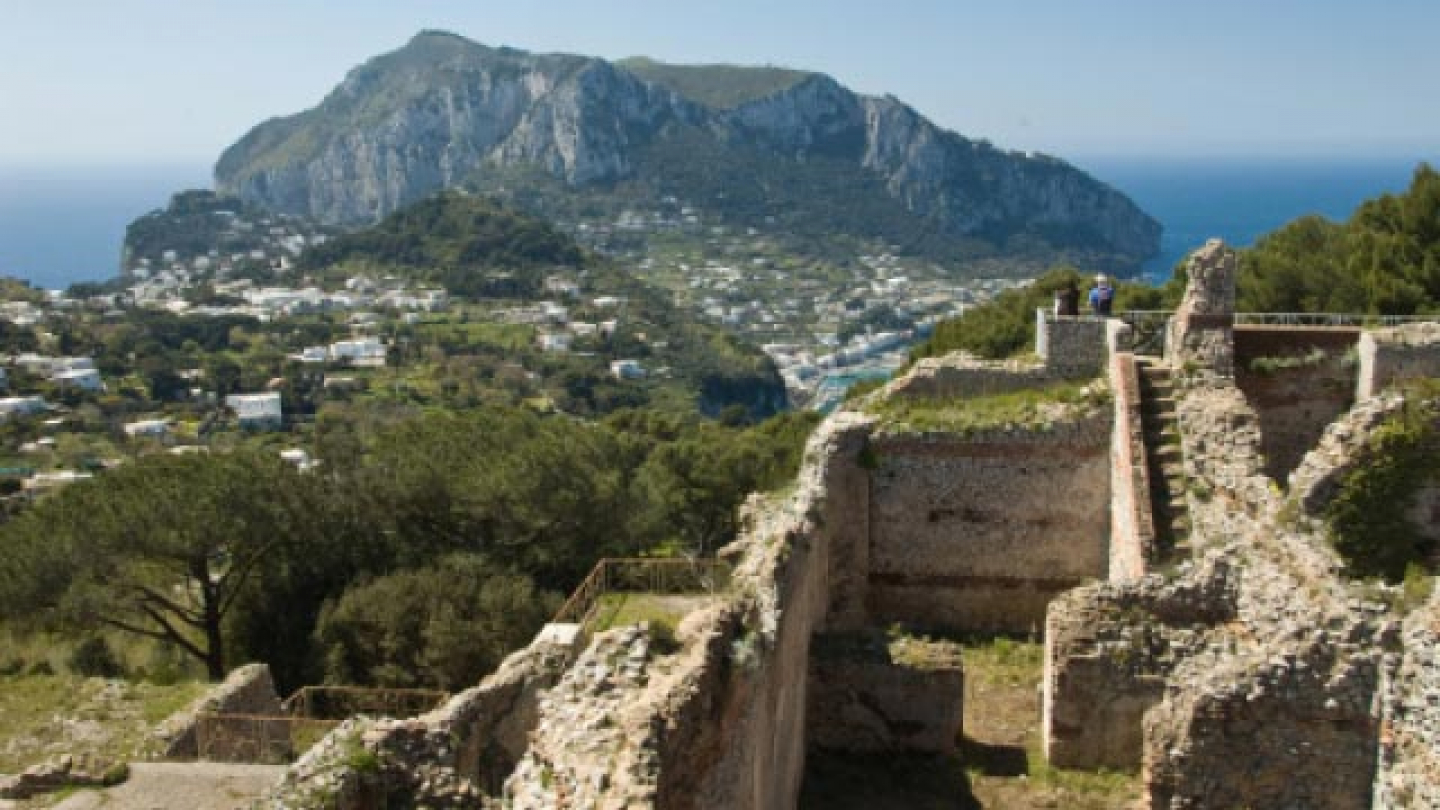 It is said that Emperor Tiberius wanted to replicate in Capri the geography of his Roman villas – one villa for each of the seven capital’s hills. But, again, no one knows. The whole story is surrounded by mystery. And that’s fine. Maybe it’s mystery that makes this story fascinating. And maybe that’s why we love this place, and Capri, so much. 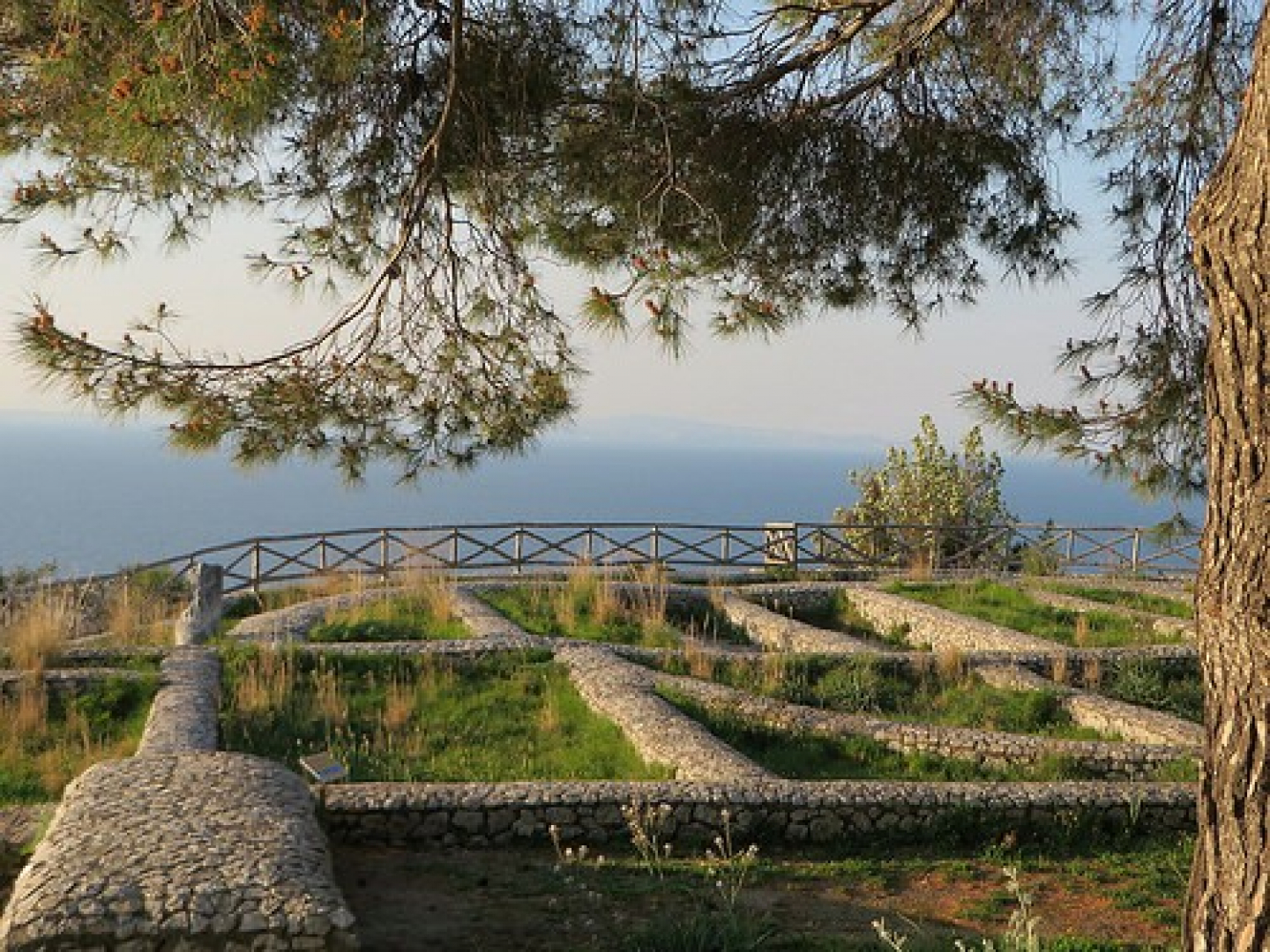