One of Emperor Tiberius’ most magnificent island residences is Villa Jovis. Built in the first century B.C., it was chosen for its cliff’s edge position providing both privacy and security.

Since the complex’s inauguration in 1937 after the excavation works by Archaeologist Amadeo Maiuri, the ruins clearly indicate sections linked by corridors, stairs and passageways. Tiberius’s Villa prolonged over 5.500 square meters and was divided into various levels, showing to be a remarkable testament to 1st-century Roman architecture. All art pieces, objects and furniture present in the villa were transferred to palaces and museums over centuries and noble materials such as marble were sold by weight. Tiberio mostly ruled from Villa Jovis until his death in AD 37.

How to arrive: from the Capri Tiberio Palace, walk the length of Via Croce, arriving in Via Tiberio. It’s an uphill walk and will take about 40 minutes. 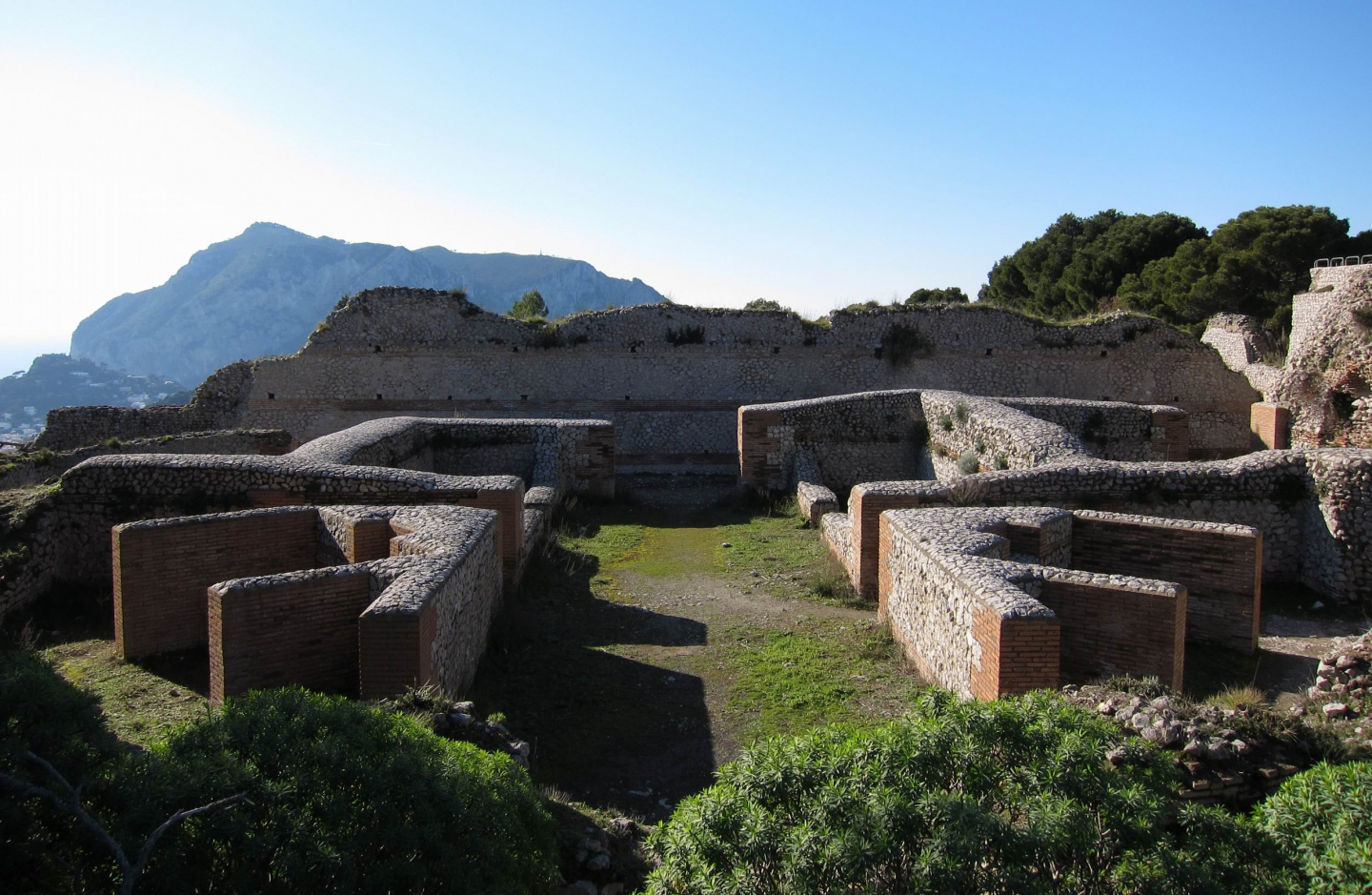