STORIES OF LOVE AND REBELLION TOLD BY MAGIC VILLAS

Capri, a dramatically beautiful retreat in the heart of the Mediterranean Sea.
The myth of such a stunning and mysterious island cannot be disjointed from the name of the writers, artists, eccentric personalities and aristocrats who have been landing on its shores for centuries. They came, stayed for months, many of them for their entire life, bought properties, built houses and villas. Their name is carved into the very rocks of Capri. Each and everyone of these places, houses and villas tell a story. Stories of love, hate, war, rebellion, plotting. Stories that put Capri at the centre of the world. This retreat was no longer a retreat. But a place where the life and vitality that had once enlivened all European major cities, could thrive again during WWII terrible years and dramatic post-war period.
He just wanted to catch one of the famous island’s blue lizards. He wound up falling in love with Capri and spending the rest of his life here. The British writer Norman Douglas came to Capri for the first time in 1888.  Here he  finished writing his most famous novel, South Wind, in a villa by the picturesque via Tragara.

Villa Monacone in stunning Pizzolungo coastal walk. The stage of one of the most romantic love stories that have ever happened on the island. I’m talking about the Literature Nobel Prize Thomas Mann’s daughter, Monika Mann, and local fisherman Antonio Spadaro. They met, fell in love with one another, and lived their entire life in such a beautiful corner of the world.

Capri Tiberio Palace is today largely renowned as a destination for glamorous lifestyle. A reputation that precedes its name, as it was the centre of Caprese crazy night life during the early 1900s. Writer Scott Fitzgerald spent quite some time here to live the high life with his wife Zelda and British writer Compton Mackenzie – who wrote his most controversial novels Vestal Fire and Extraordinary Womenin, while living in Villa Il Rosaio in Anacapri. A stormy relationship with his love companion, certainly not a boring one. At Capri Tiberio Palace he wrote his famous novel The Rich Boy and went over the draft of The Great Gatsby. 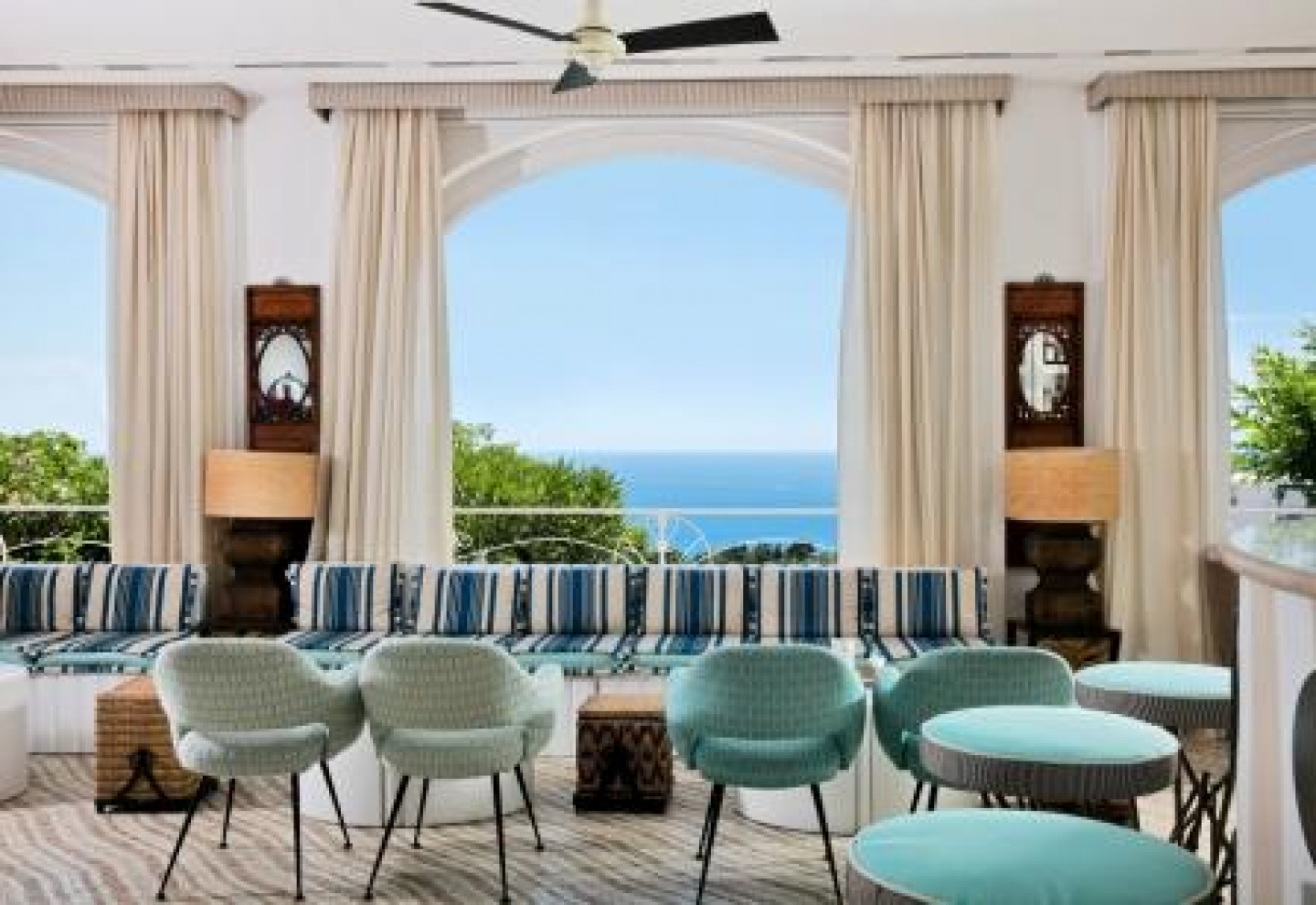 Was he working for the fascist regime? Was he plotting against it? Nobody knows. He will be always surrounded by an aura of mystery. What we know is that writer Curzio Malaparte commissioned one of most beautiful and important pieces of Italian architecture, Casa come me, House like me, built on Capo Masullo promontory by Pizzolungo coastal path. The villa later provided the set for Le Mepris, Jean Luc Goddard’s famous film starring Brigitte Bardot. 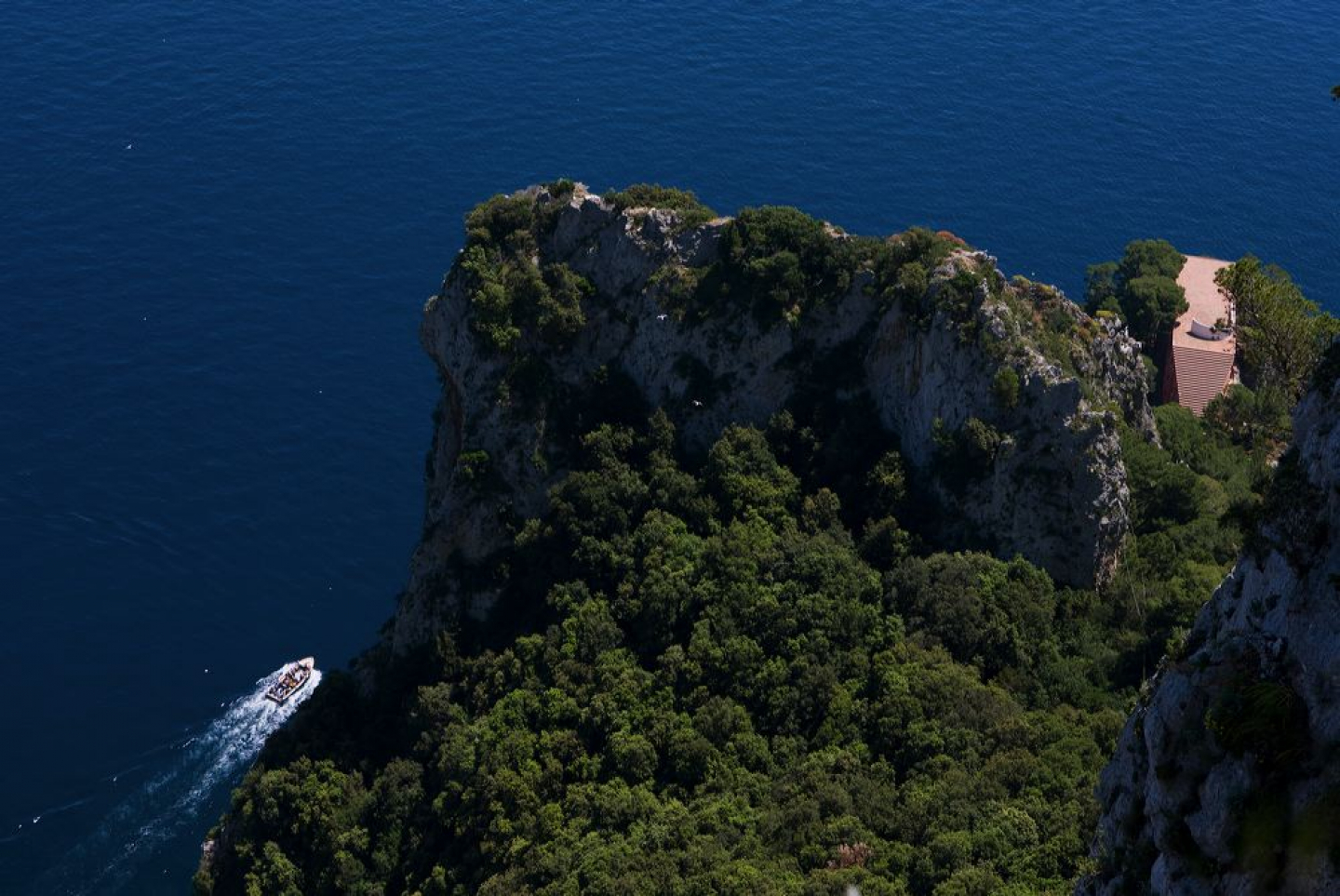 Gardens of Augustus and Via Krupp, a unique path zig-zagging down to Marina Piccola Bay, just in front of Faraglioni rocks. Alfred Krupp came to the island at the beginning of the 1900s following his passion for marine biology. His love for Capri was so strong as to build such unique wonders.

Villa San Michele, the breathtaking villa owned by the Swedish Physician Axel Munthe. A splendid house-garden offering the most spectacular view over the Bay of Naples and the entire island. Be advised! Don’t dare look into the sphinx’s eyes. You may find yourself falling hundreds of metres down onto the rocks. Thrilling, but I’m not sure you can survive it!